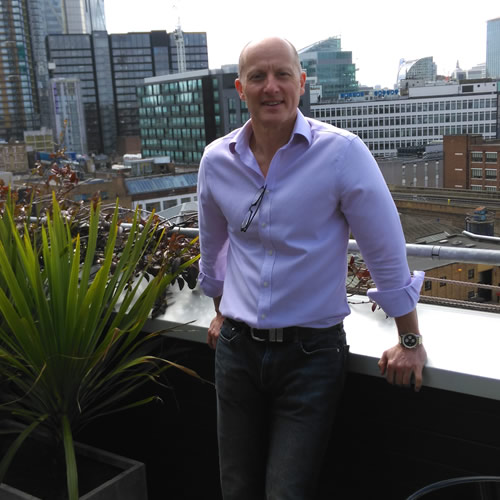 This business improvement case study with quantifiable changes and benefits, linked almost entirely to people, culture and behaviours. The over arching result being measured as £1.1M of savings during the few months of this project. This, from a business of some <£30M turnover and <200 employees.

In the case study, I will outline the EXACT process used and some of the pain points and frustrations.

𝐒𝐜𝐞𝐧𝐚𝐫𝐢𝐨:
The COO gave me a call based on a recommendation. He sounded frustrated. He’d been with this company for a year with a remit to make some big changes and hadn’t managed to change very much at all.

The CCO politely described the current company culture as “Somewhat unhealthy”. The reality was the business was being held back by poor middle managers and a lack of clear leadership.

Some people had been there since the start of the business and had previously performed well but no longer seemed to have ‘the edge’. Their output was inconsistent and at times the language toxic.

3 years prior, the company had acquired a 40+ person business but failed to integrate it properly, so most of that team had left within 6 months

𝐓𝐡𝐞 𝐁𝐢𝐠𝐠𝐞𝐬𝐭 𝐢𝐬𝐬𝐮𝐞𝐬 identified:
> They weren't addressing poor performance at all, let alone efficiently or effectively, and they failed to have difficult conversations, no matter how necessary they were. Past successes ans very good income had masked this, or rather given an excuse not to dal wuith poor performance. Now, hover, it was evident and embedded in the culture: we do not deal with poor performance, so staff can behave poorly.

>The strategy was not clear. There was no real ambition or purpose with much activity led by ego rather than clear design and mutual benefit. Previously the business had been successful and profitable, evidenced by large salaries and cars in the car park in named parking bays.

>The culture was characterised by overpaid and underperforming managers. Made worse by the absence of feedback and leadership from above. The long standing managers were, in my view ‘intellectually lazy’ – they stopped ‘trying’, but were busy.

>Some of the senior team didn’t want change from fear of being found out. There was little buy-in or trust in the staff and no clear effort from the top to remove obstacles.

> Management didn’t know what to focus on and were wasting large sums of money and time in the wrong areas.

𝐖𝐡𝐚𝐭 𝐰𝐞 𝐝𝐢𝐝 𝐭𝐨 𝐡𝐞𝐥𝐩: The EXACT 5 𝐒𝐭𝐞𝐩 𝐏𝐫𝐨𝐜𝐞𝐬𝐬
We have developed a solution that’s guaranteed to move things forward efficiently and effectively, by tapping into the creativity and knowledge that runs throughout the business, but often remains untapped and overlooked.

The EXACT 5 step process:
•    Identify very clearly the desired future, the ambition, the space you want to occupy, and understand the ‘why’
•    Clearly understand where you are, and plan accordingly
•    Identify specifically the potential hurdles that might slow or derail the change, plan or project, and show where management’s attention is currently, and where it needs to be, in order to mitigate and manage the hurdles ( turning some into opportunities) and greatly improving performance and the likelihood of success
•    Identify any training, support, needs and changes or projects that need to be implemented to deliver the change programme
•    Monitor and manage the projects, and transform the business.

In turn, this improves performance, speed and alignment, and reduces hurdles such as costs, loss, and misunderstandings.

𝐀𝐟𝐭𝐞𝐫 𝐰𝐞 𝐬𝐮𝐜𝐜𝐞𝐬𝐬𝐟𝐮𝐥𝐥𝐲 𝐢𝐦𝐩𝐥𝐞𝐦𝐞𝐧𝐭𝐞𝐝 𝐨𝐮𝐫 5-𝐒𝐭𝐞𝐩 𝐏𝐫𝐨𝐜𝐞𝐬𝐬:
>The CEO had a clear vision and (growth) plan, agreed with the broader team, and he was showing up to work with renewed vigour and purpose.

>Saved £1.1 million worth of cost and waste by transforming the culture.

As a side note, several people chose to leave the business during the process as the ‘change’ in culture and clarity was not right for them. The long term benefit of this, is not calculated in the value.

The short term financial result will only be a starting point, as the business has a new clearly defined strategy, higher engagement and focus.

At the time of writing, there is more to be done on specific skills such as having difficult conversations, feedback and managing poor performance. But the process has to a degree helped manage poor performance and performers, and the change in culture will improve the ability to have these useful conversations.

Improving business is important not only for the owners, director and the wider stakeholders, but also for the communities and ecosystems in which they operate. Successful businesses can grow, innovate, invent, export, employ more people, offer better training, invest in the community, and – yes – pay tax, which the country needs.

There has probably never been a more important time to improve and build better (British) business.

Please share your thoughts on how you are improving your business with the Business Improvement Network, as its in all our favour to connect, share and learn from and with each other.

PJ Stevens is an expert in organisational change, performance and improvement, with 20 years experience. He is chair of the business improvement network.

"Just a short note to say how much I enjoyed the Improving the Internal Audit Process workshop yesterday. Judging by the comments made by some of the people that I spoke to you and your organisation are highly thought of"